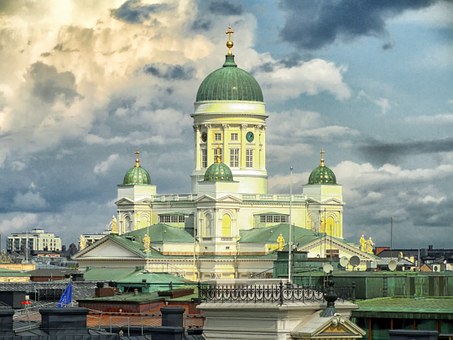 One of the world’s leading cognitive therapy authorities, Professor David Clark, was in Helsinki recently to give a two day workshop on using Cognitive Therapy to treat Social Anxiety and Panic Disorder. I went along to get an update on current treatment methods to make sure we are offering the best evidence based treatments here at Compass Psychology in Helsinki.

Social Anxiety Disorder is a common but devastating life-long condition that usually does not go away on its own without treatment (more than 60% of the time). People who have Social Anxiety fear that they will do or say things in a social situation that will cause huge embarrassment or rejection by others. Most of the time these people will avoid social situations, and if they cannot, they will suffer and feel quite stressed in the situation.

The really sad thing about Social Anxiety Disorder is that people avoid so many activities and events that they miss out on many things in life – like parties, socialising events at school, university or work  As a result they under-achieve their whole life. People with Social Anxiety often leave school early, get worse grades, are less likely to be promoted at work, and are less likely to get married or have children.

The good news is that individual cognitive therapy can produce major change. It includes real-world experiments, and can use photos and video footage taken with your mobile phone. In one trial – 82% of participants no longer had a diagnosis of Social Anxiety Disorder after treatment, and remained well one year after treatment ended (Clark, Ehlers et al. 2006).

Panic Disorder is another very common anxiety disorder that can have a major effect on a person’s life. Panic attacks in themselves are quite common – in fact many people will experience at least one panic attack in their lifetime. Panic Disorder, however, is when the fear of these attacks causes the person to avoid leaving the house or going to certain places; to do certain things to avoid having the attacks (e.g. hold on to things); or to feel like they need to call an ambulance or be taken to hospital. As you can imagine, this can have a huge negative effect on your daily life.

Cognitive therapy for Panic Disorder involves identifying the bodily sensations in the panic attack, and, discussing these sensations and doing some experiments with the therapist. The aim is to show that the feared consequences do not happen,  or if they do that you can still cope and get on with your life.  Sometimes people are prescribed drugs to reduce their anxiety and this can work in the short term, but in the long term cognitive therapy is more effective. An analysis of seven trials found that 84-87% of people remained panic free after their cognitive therapy treatment.

What a huge difference therapy made to all of those people’s lives – and it could for yours too! If you are struggling with anxiety and want to find out more about how therapy can help you move forwards in your life, give us a call on 044 944 5717 or email us on info@compasspsychology.fi